When we first started to develop Rogue Summoner, we weren't sure about its story.
We knew it would be mostly a rogue-like dungeon crawler, so the most obvious story to tell would be about the horrible monster you wave to destroy, and you would read it through fragments of text left there by previous adventurers.

But, of course, doing the most obvious thing was not good enough.

That's when we had the idea to tell a story about the summoner's philosophy, as if you were a student learning their mysteries.
It is a very different approach to storytelling compared to most games and we really thought there was a lot of potential there.
We would have to write the summoners' textbooks, in which they teach their values through the lens of the summoners' history.

When we started developing the text, the summoners' identity started to take shape, and to make it very distinct from real-world textbooks (which can be quite long and boring, sometimes) we decided to go with a more absurd approach: Extraordinary and unpredictable events would be considered mundane and common.

And with that, we have crafted what we think is a unique story.
We are very proud of it! Hopefully you will love it when you have a chance to play the game on September 3rd. :) 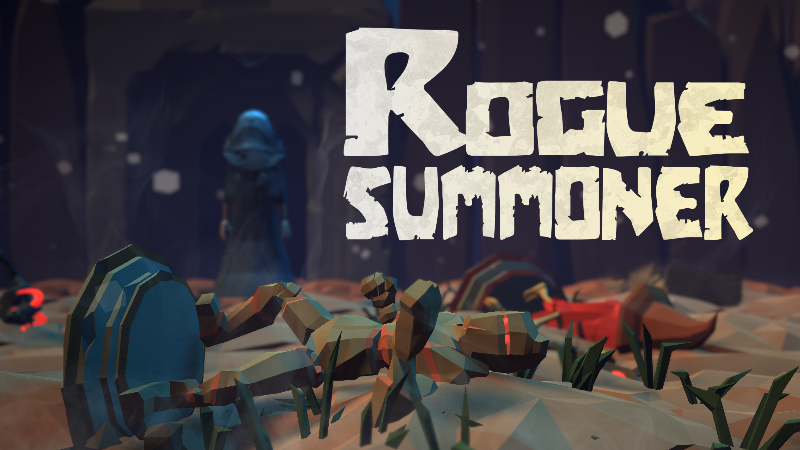 In the meantime, I'll leave you with a tease of "The First Rogue Summoner - Volume I"

The first Rogue Summoner was, of course, Aktis Half-Head. The story of how he got that nickname is paramount to understanding what it means to become Rogue.

There have been sorcerers living among humans since the Dawn of Light, but summoners were not looked upon as gracefully. Unjustly, I might add.

King Brynden invited Aktis to be part of his council of Archmages - before he was called the Half-Head, obviously. It was the first time a summoner had such honor.

Needless to say, the sorcerers promptly started to scheme his downfall.