There has been a major update on Rogue Summoner's free Demo! 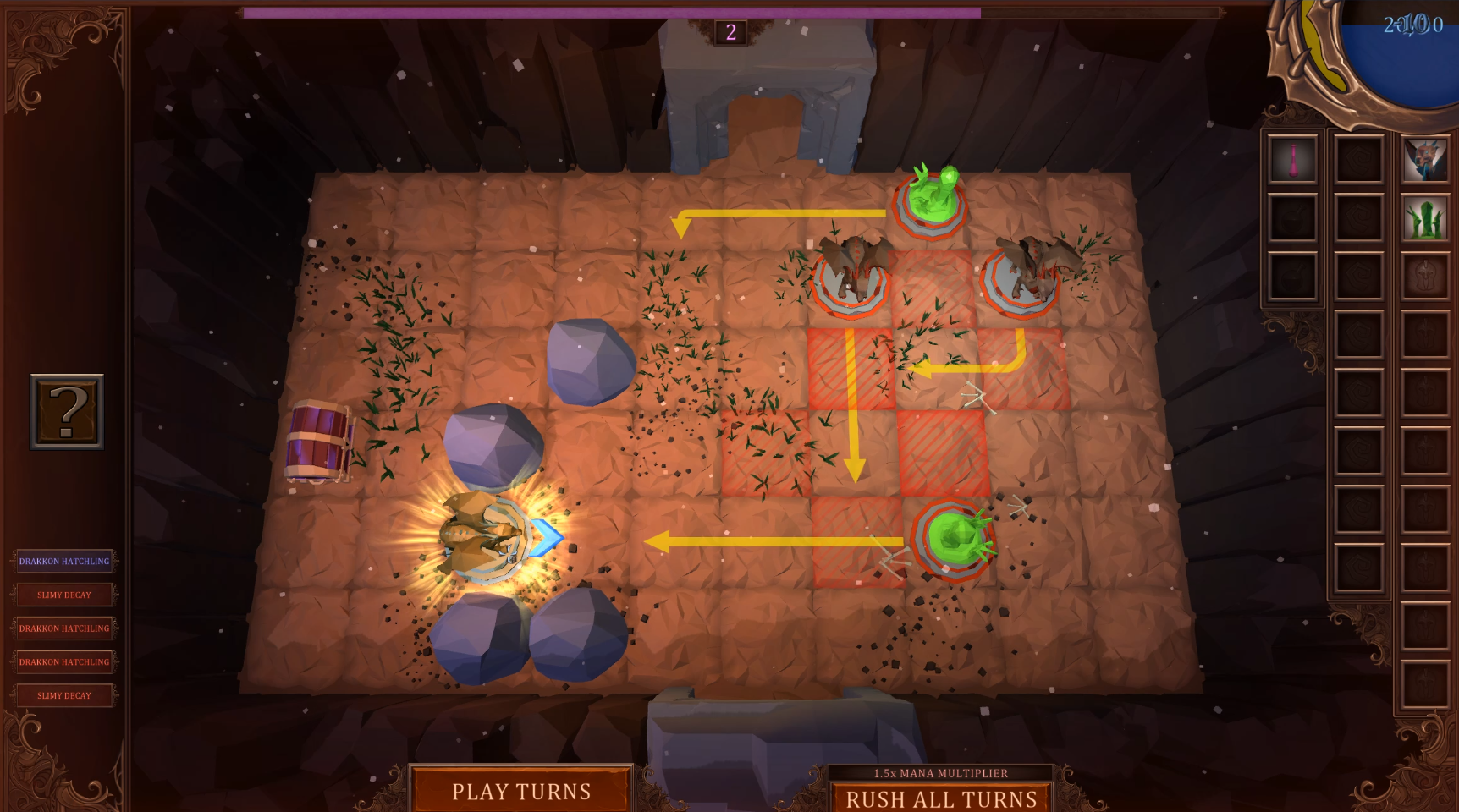 Another great addition to the game was its story! It's something that we wanted to do from the very beginning and we're are very happy to have finished it!

"The first Rogue Summoner was, of course, Aktis Half-Head. The story of how he got that nickname is paramount to understanding what it means to become Rogue."

And lastly, there has been several bug fixes  and small improvements. One that I'm very happy with is the ability to use the scroll wheel to rotate your monsters. With this implemented, the entire game can be played exclusively with the mouse, making it more accessible!

We hope you enjoy it!

We would love to hear what you think about these improvements (and the game in general!) as we work towards making it the best we can.

The prediction system sounds good the old demo was too much like trying to play chess with your eyes closed.  The game still needs more stuff to do other than just grabbing monsters, runes, and disposables like customizing your monsters or maybe grabbing gear from the levels to give you stuff to customize yourself with with extra perks and whatnot.

Exactly! If you give it a try, let me know if the prediction system solves the "guessing" problem and makes the game more tactical. :)

Thanks for you suggestions! We have just started working on more content and hopefully the game will become more and more interesting!

Just letting you know that we have just released a big update to Rogue Summoner.

We added a new set of items (Magic Rings) that will give you (or your monsters) passive abilities!

We also implemented Power Rocks: they will be found randomly throughout the dungeons and will change the dynamic of part of the board (like giving you discounts to place monsters on certain spots (or make them more expensive!), buffing (or nerfing) the monsters in the effect area, and other cool behaviors.

You will be able to find some of these new mechanics on the "Army Of The Dead" dungeon in the demo (and more so in the full game!).

Thanks again for suggesting that we added more mechanics to the game, I think these were awesome additions (and we still have more cool systems coming up!).